Ramon Valera, born on August 31, 1912 in Abra, is the Philippines’ first National Artist for Fashion Design. He finished his primary and secondary education in La Salle, but dropped out of his first year in college at FEU due to financial problems.

Valera never had any formal training in fashion design, but his works have been the standard of fashion students for intricate sewing, embroidery, and handiwork.

In an interview with Ramon Valera’s nieces Paching and Aton Valera, they mention that their Ramoning did not prefer being called a designer, but an artist. He would put high value on manners and propriety, and would not think twice to call out their attention when they did something inappropriate.

Valera is known to the public as the “High priest of local fashion” and wearing garments of his creation would be considered as an honor. He was the only male counter his contemporaries had, and he would do the designing, cutting, pasting, and sewing all by himself. Ramon was a fastidious worker, discarding finished garments that weren’t of his liking when they were done, and was one who worked directly from his imagination and never worked with patterns.

Ramon introduced to the Philippine society the one-piece terno fastened at the back with a zipper, and transformed the traditional Maria Clara outfit into a wedding gown with bell sleeves, which at first was considered a disgrace to the Filipina standard. Though he received contrasting reactions to his creations, Ramon continued to defy tradition and staples through his creativity and unique concepts. 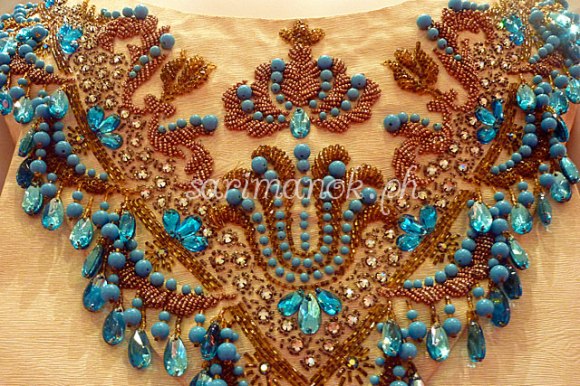 To be clothed by Valera was an honor, and being dressed by him is not by appointment, but by invitation. He chose his clientele which included Manila’s then socialites like Susan Magalona, Gloria Romero, Baby Araneta-Flores, Chito Madrigal, and the Philippines’ first ladies from Aurora Quezon to Imelda Marcos.

Ramon proved that having a college degree or formal training in a field is not necessary for one to be successful in life. He used his creativity, imagination, and will to defy tradition to his advantage and came out as the one of the Philippines’ most treasured artists.

Ramon died at the age of 60 in 1972, and was proclaimed National Artist for Fashion Design by President Gloria Macapagal-Arroyo in 2006.

Ramon would have been 100 years old if he had lived until present.